Allyship Through Artivism: A Dialogue with Michel Flores Tavizón

Trucha had the privilege of speaking with Mexican graphic designer Michel Flores Tavizón. She provided insight about artivism, important social issues, future plans, and her design for the Protect Trans Youth Campaign

Q. Where are you from?

I’m from Matamoros, Tamaulipas, but I studied college in Brownsville and got involved with the community. I’m Mexican – born and raised – but when I studied here, I started learning more about Mexican-American culture. You see things slightly different and the struggles of the Chicano and Mexican-American communities.

Q. Tell us a little bit about yourself and how you got started with design.

I studied graphic design at the University of Texas Rio Grande Valley (UTRGV), and I graduated last year. Right now, I’m doing freelance. In college I started becoming an artivist. I had a professor, Celeste Luna, who used that term, and I really liked it – combining art and activism. And I did that with my traditional art.

Right now the government is giving us so much to work on, to talk about, so I thought, what if I started incorporating the political aspect with my graphic design? Because I would only do it with my art. I did that little graphic because I saw a lot of designers and illustrators do it to raise awareness.

I am not good with words and there are people who are visual and need a visual element. If I see a whole paragraph of text, it’s not going to attract me to read it. But if I see an image that says, “Protect Trans Youth,” it’s like, what’s going on? Why do we have to protect them? I know me and other visual-inclined people need that visual aspect to understand that there’s something going on. So after seeing other illustrators do that, I thought, let me do my own version.I did the Texas boot with the trans colors with the text “Protect Trans Youth.”

I posted that and a tweet describing a situation and I remember my sister and others were like “Is that true? Is that really happening?” And yeah, that’s our way of raising awareness!

Q. Where did you find inspiration for the piece?

It’s a simple graphic. It’s my baby steps of making political content. I saw other creators do their own version, and I wanted to do something typography based, but have some element indicating that this was happening in Texas. I wanted to do a boot, a Texas flag boot, and it really worked out, because the trans flag is three colors and the Texas flag is also three colors.

So I drew the boot on the iPad, added it to Illustrator, vectorized it, and added the typography.

I didn’t know what phrase to go – I put some thought into what specific phrase to use and at the end I settled on “Protect Trans Youth,” because they are the ones most at risk right now.

Q. How do you feel about the exposure and spreading the message?

It’s really nice as a freelance designer – you want the exposure, but on top of that, I value the community sense more. Getting the exposure, followers, and likes – it matters because from there I get potential projects and work. But also, I’m really happy this design is going to be in collaboration with the trans community and trans organizations.

I feel really grateful for these opportunities. It’s scary and intimidating to do your own freelancing career. But I think everything I do, I owe to my friend Cecilia (la sierra arte) because she was the one who made me reach out to you all.

Don’t be scared to reach out and collab. Because at the end of the day, we’re a community and we’re supposed to empower each other, lift each other, and it’s hard to do it by yourself.

Thank you to Michel Flores Tavizón for taking the time to speak with us.

Where To Get Your Protect Trans Youth Tee

This month we are collaborating with GENTX, STEP, and the RGV TRANS CLOSET to spread awareness about local and state-wide issues impacting the transgender community. 100% of proceeds from “Protect Trans Youth” tees will be going towards these organizations. The t-shirts will be available for sale at the following PRIDE events: 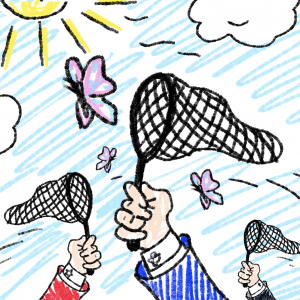 The transgender community has been oppressed by society for decades and even in 2022, the challenges they face seem unrelenting. At just the start of the year in February, Texas governor Gregg Abbott ordered that families and providers of children seeking gender-affirming care be criminalized and investigated, which was then followed by 15 other states with similar agendas. 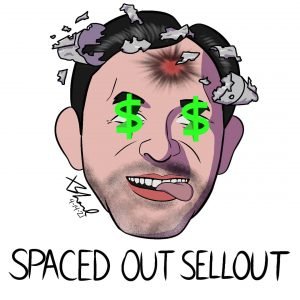 The Fine Print Part Two; Space X’s Lack of Transparency As a Tool for Recolonization

The lack of transparency by local governments and negative impacts on the surrounding natural ecosystems and endangered wildlife are but a few ways in which Space X has ensured a legacy of recolonization of the RGV. 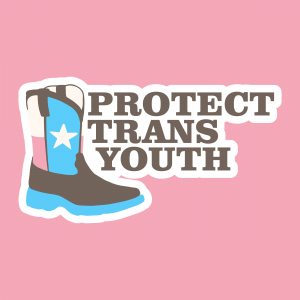 Trucha in support and collaboration with GENTex, RGV Trans Closet, and South Texas Equality Project (STEP) launched a campaign to “Give Transphobia the Boot and Protect Trans Youth!” Read more about the campaign and how to support!