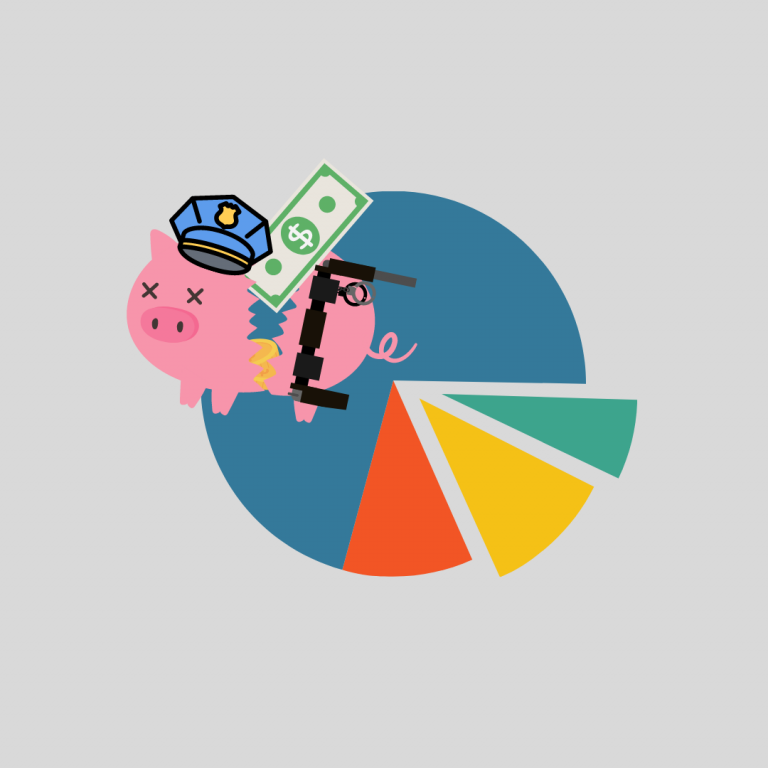 Texas has the highest rate of uninsured, and it’s worse in the RGV. When the pandemic hit the RGV, our working class region quickly became a COVID-19 hotspot. Our region suffered immensely in part because local leaders overspend our public funds on police and jails.

RGV leaders consistently give one out of every three budget dollars to police. These bloated police budgets leave essential services and programs starved for funds.

Divest/Invest RGV studied the region’s city and county general fund budgets for the fiscal year 2020-2021. We compared what cities spend on police to other services and programs that are critical to keeping us safe and healthy.

The City of McAllen spends 12 times more on police than on health. Health gets a mere 2.4% of the budget. But McAllen gives $36.8 million dollars to police — 29.9% of the total city general fund.

For the City of Mission, the disparity is even worse. Mission spends almost 27 times more on police–$17 million–than on health–$644,369.

Funding police is funding violence, not safety or health.

On Easter weekend 2020, Hidalgo County commissioners and the sheriff sent deputies to ticket and arrest people breaking curfew. Deputies found Jorge Gonzalez-Zuñiga asleep when they arrived at the trailer where he had enjoyed a barbecue with family and friends. The officers woke Jorge up, tripped him and tased him. They knelt on his neck, breaking it. Three months later, Jorge was dead from his injuries.

On September 22, 2021, Mission police chased a vehicle over a broken license plate light. Six police officers chased the fleeing driver through multiple cities and jurisdictions. The chase ended in a crash that hospitalized 19-year-old bystander Enrique Rodriguez. Enrique’s mother questioned why police did not call off the chase. “I just don’t get it,” she told The Monitor. “I don’t know what kind of s—– protocols they have.”

Jorge’s death and Enrique’s hospitalization are reflections of the priorities of RGV city and county leaders.

When the pandemic hit, police budgets were higher than ever before. But the police didn’t keep us safe from the pandemic. Police maimed and killed before the pandemic and they continued the violence during the pandemic. Yet city and county leaders continue funding them at historic levels.

Public funds are the resources we pitch in together. Budgets are moral documents that set public priorities. We all pitch in resources towards services we need to survive and thrive. When local leaders take our resources and blow them on police and jails, it threatens our livelihoods.

The call to defund the police might sound scary or unrealistic — but when we break down city budgets, it becomes clear that police control the majority of public funds while weakening other services and programs.

The demand to defund the police is a recognition that we cannot police our way to healthy and thriving communities. The goal of Divest/Invest RGV is to shift funds from violence-dealing police budgets to life-affirming programs and services. This work is daunting, but can be realizable through winning city budgets that live up to our ideals.

Over the coming weeks, Divest/Invest RGV will post on our social media graphics breaking down how RGV cities use public funds. Follow us and tell us what you would fund with the money from your city’s bloated police budget.