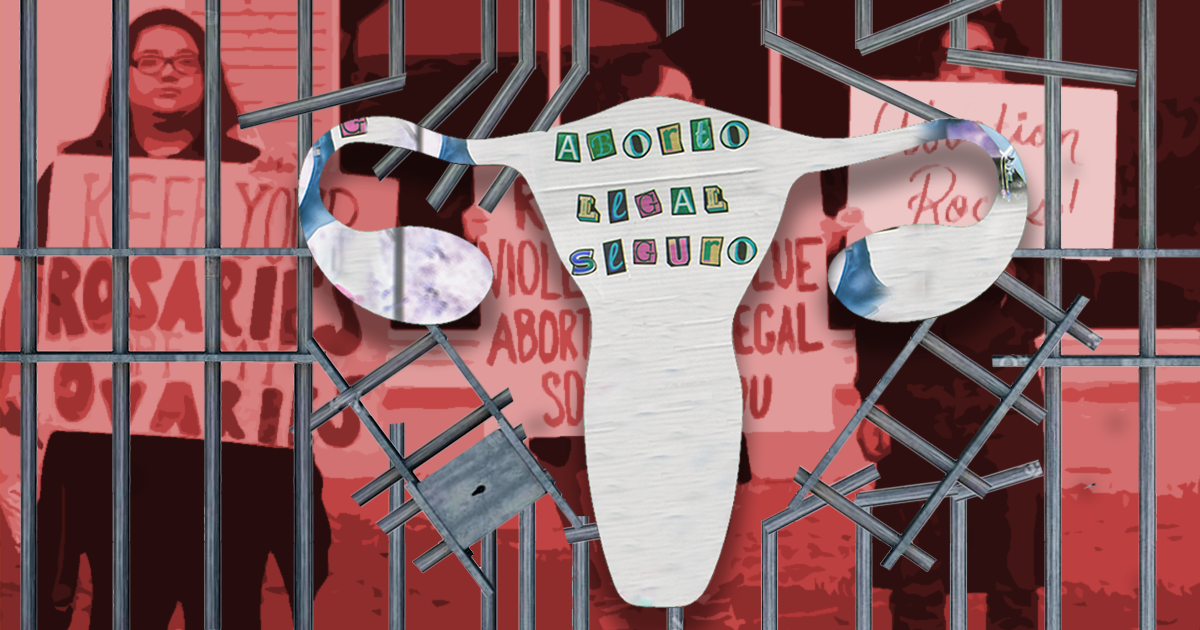 Three different Rio Grande Valley women had to travel to seek an abortion this year. Not because they wanted to but because they had to. Though these are only three experiences, many others are out there unknowingly doing the same thing. SB8 has been in effect since Sept. 1, which is a six-week abortion ban in Texas. Before the bill, it was difficult to get an abortion in the state but not impossible. After the ban, more and more uncertainty followed those who sought one.

Romina, 22, did not want to get an abortion, but her boyfriend at the time insisted. Her pregnancy was over a month, so she knew Texas was not an option. Romina said she later realized her partner was already seeing someone else, which is why he insisted so much. She wished she could get an abortion in Texas instead of waiting at the bridge to get one in Reynosa, Mexico. The more she waited, the more she thought about the procedure and grew anxious.

Ilse was not seeking an abortion, but her friend was. Her friend was too shy to call to make an appointment or ask for information, so Ilse called Whole Woman’s Health.

Her friend lived in Mexico but wanted to have an abortion in the U.S for better safety. Ilse’s heard through a male friend about his girlfriend who got an abortion there and accredited the clinic for their professionalism.

Ilse’s friend still had time to get the abortion. She was less than six weeks pregnant. When Ilse called to make the appointment, Whole Woman’s Health explained the process. “They do a medical evaluation and then a psychological one to make sure the patient wants to abort,” she said. “The abortion consisted in taking pills, and they make sure you are safe when you arrive, sometimes there are people protesting outside the building,” Ilse explained. Based on her conversations with the clinic, it was clear it was a judgment-free zone. In the end, her friend did not end up getting one at the clinic but did go to her first appointment.

Carmen, 22, was desperately seeking an abortion. Around January, she felt off for a while and noticed herself getting more sensitive than usual. However, Carmen has an irregular period, so she could not tell if she missed one due to pregnancy. Similar to Romina, Carmen considered not having an abortion for a while. “I feel like 22 is not a bad age to be a mother. I don’t feel like I would feel bad for not having it because I feel like I’m at a good age,” she said when she was still deciding. However, her boyfriend had hesitations about them being parents, making Carmen question her decision.

Carmen missed her period in January and took two different pregnancy tests, which came out negative. She missed her period again and took another one – it came out positive. Carmen called Whole Woman’s Health but was unsure if she could get an abortion. She was almost sure she was more than six weeks pregnant. She called on Jan. 30, but the next available appointment was on Feb. 4th.

Carmen expressed her anxiety over the situation, “I was like, what if I am seven weeks right now. [By] the time I get my appointment, I’m gonna be like eight weeks, like I was just scared, you know?”

When she arrived at her appointment, the clinic was closed. The clinic told her they tried to reach her to let her know the doctor had missed a flight and canceled all appointments. She had no missed calls. “She said, ‘I can give you an appointment for next week’. And I told her I was probably late… I can’t do another weekend,” Carmen stressed. Carmen asked the clinic if she could at least know how many weeks along she was, and they explained that no doctors were available, and most clinics in Texas were closed that weekend due to the weather. This increased her stress and panic.

While contemplating the possibility of abortion, Carmen had not shared the news with anyone but her boyfriend. She decided to tell her mom; she needed help, reassurance, and support. Carmen explained her mom is a devoted Catholic and questioned her decision.

“I’m actually really nervous about the whole process. It’s my first abortion… I feel really scared. I think they give you two options, and I’m probably gonna take whatever is best for me and make the best decision when the day comes, right? But I’m scared that I’m gonna have to go to another state to get it done because I get really tired and really anxious and I can’t stop thinking about the whole process and like whether I’m going to be able to get it done or not,” she explained.

Carmen continued, “I have my mom asking me all these questions everyday like, ‘Have you decided what you are going to do?’ and I’m like, ‘Mom, I already told you I’m gonna wait until the day of my appointment so I could make a decision.’ I think I’m either by six or seven weeks. I don’t know. And she has been like, calling me and checking up on me because she knows I’m really stressed out.”

In the end, Carmen ended up traveling to Los Angeles to get her abortion. She flew on Feb. 6 and got her abortion on Feb. 8. She said everything went smoothly.

Because of the increase in demand for abortions and the uncertainty patients like Romina and Carmen feel, most abortion clinics have their hands full at the moment. Not only are they actively trying to stop SB8, but they are constantly raising funds to help those in need.

Frontera Fund is one of those organizations which has been at the frontlines in doing best as possible. Cathryn Torres is the organizing manager. Torres explained their primary way to help is by providing financial support. Carmen was not in dire need of money for her flight or her abortion, but not everyone is under those circumstances. Frontera Fund provides the finances first to those who need it and offers practical support: hotel, transportation, meals, and childcare.

Since SB8,  more people have reached out to Frontera Fund. “We had those procedures in place to provide that support. But we basically skyrocketed the amount that we had to provide support for because of SB8. We are funding people in states surrounding Texas, meaning people heading to New Mexico, Colorado, Oklahoma, Kansas, Arkansas, Louisiana; we’ve had a couple of Virginia’s, we’ve had Nevada’s. You know, people are going wherever they need to go. We’re able to provide them with transportation in terms of gas, bus, airplane. And we’re making connections with clinics and other states that we hadn’t worked with before,” Torres said.

“We have always served the Valley – we’re based in the Valley. But after we received an influx of donations, given the start of SB8, we expanded to serve the entire border, from Brownsville to El Paso. So we work closely with West Fund out of El Paso, and we serve all undocumented people in the entire state of Texas,” Torres added.

SB8 allows people to sue anyone who helps someone get an abortion. As of now Frontera Fund is mobilizing to protest the detainment of one of the first victims of SB8, 26-year-old- Lizelle Herrera, who is being charged with murder for allegedly performing a “self-induced abortion.” Currently, they get around 25 to 30 callers a month, and three out of four always have to travel. “So that’s when we decided to expand to serve the entire border. We’ve been able to serve more people in that way,” Torres explained.

Every day SB8 remains in effect people are forced to remain pregnant against their will and under dire circumstances,”

In a press call on Feb. 24, abortion providers and funds spoke about the arguments at the Texas Supreme Court in Whole Woman’s Health v. Jackson. Rosann Mariappuram, executive director at Jane’s Due Process, a nonprofit that helps anyone under 18 confidentially access birth control and abortion in Texas, stated, “This is a major barrier for youth who are seeking abortion.”  That’s because Texas, along with 37 other states, requires teams to obtain parental or guardian consent if they’re seeking abortion care.

“Everyone keeps asking us and other abortion funds what we plan to do when Roe falls, but in many ways living in Texas under this ban- it is like that. Every day SB8 remains in effect people are forced to remain pregnant against their will and under dire circumstances,” Mariappuram states.

In McAllen, there are very limited options. Many people are forced to carry pregnancies against their will because they have an immigration status that does not allow them to travel safely inland or into another state. Others might also be parents or work multiple jobs and have to navigate childcare, etc., making abortion unfeasible.

Mariappuram wanted to lift groups, such as Fonterra Fund, for their work in the RGV. “It is incredibly hard to fly out of the valley to other states, you often have to do two flights, and they’re incredibly expensive. Travel can not possible for undocumented folks. I think that’s what really needs to be kind of hammered home about this ban. It is such an economic and racial justice value that needs to be brought to the lens of who is really trapped and who’s lost access,” Mariappuram pointed out.

However, for patients in immigration detention facilities, it can be impossible to get access to abortion before six weeks. Detained pregnant individuals would have to navigate through a maze of bureaucratic restrictions to be released and confirm their pregnancy. Despite being a country where abortion is a right, the six-week ban will make it largely inaccessible, especially to those who have made the treacherous journey and are entrapped by the immigration system.