On June 22, local RGV film center, Entre, announced that they were offering a documentary intensive workshop for the summer. Ecstatic as I was, I jumped on the opportunity to learn how to create my very own documentary.

During the first couple of weeks, eight filmmakers, including myself, took a crash course on documentary filmmaking, which included: learning about the different types of documentaries, how cameras operated, editing tips and tricks with editing software, Davinci Resolve 17, and more. Soon after, we filmed to our heart’s desire with our cameras, equipment, and laptops – a kit for each team, each playfully named after the band: Earth, Wind, And, Fire.

“Teaching this workshop has been a really fun experience. C and I knew from the get-go that it was going to be a bigger commitment than the previous workshops we’ve done,” Andres described, “We had to think ahead, come up with a whole curriculum for how everything was going to be structured, just to give everyone enough time to process… We decided to make it eight weeks long, [and] even that now, coming to the end of it, feels like not enough time, like the average class at college or university last for a good three and a half months or so. We did this in two. It was like a little mini-mester, so to speak.

These eight weeks flew by, and this is what Teams Earth, Wind, And, and Fire had to say about their experiences:

“Our film highlights the beauty of an urban oasis, the Mcallen Nature Center; we explore why it’s important to the community,” Glenda Vallejo expressed. She filmed alongside Amira Soyosa and Jose Balderas in their documentary, The Botanical Gardens: an Urban Oasis. “Signing up for the documentary workshop was intimidating at first, but when I attended the first meeting, I was reassured in having two talented mentors. Meeting other aspiring filmmakers has also been a rewarding part of the journey.”

She shared, “I never had any film-making experience before, and I feel lucky to have had the opportunity to be hands-on with the camera and editing equipment provided and to meet different filmmakers who are just as passionate about film and our community.”

My documentary, A Hopeful Answer, is a personal journey in questioning and rediscovering what sustainability meant to my community and me. It’s a small homage to nature and listening to the answers that were given to me by friends and people throughout the community who try to help the environment out in their own ways.

Climate change and all of the doom and gloom about the future of our planet can make us feel a bit nihilistic at times. However, once we open our eyes and see that there are people who want to make this world better for our future generations, it helps us shift that perspective to a more hopeful and positive one.

This was my first time making a film, so the instruction, guidance, and support I received from C and Andres gave me the courage to make it all happen. It wouldn’t have been possible without them.

“Our film is about food and the connection we feel with those around us whilst we ingest food. We actually challenged ourselves not to include any B-roll of food in our doc, so it’s really about the connection that you create and the experiences.” Sam Chapa shared his thoughts about his and Marcos Martinez’s documentary, Mordisco.

“This was really fun because it started off in a way that was very different from what a normal process for me was… this was like, what is a camera?” Marcos said, referring to one of our first lessons on what and how cameras work. “It was really nice to do that in a small group because I’ve typically done a lot of things with large groups or by myself.”

Sam added, “For me, it was a lot of the support by these lovely folk (ENTRE), and without them it wouldn’t have been a possibility, because everything they did, they provided. Overall, just them being available was extremely important, and it makes everything a lot less scary.”

“The overall experience has been really fun, we learned a lot,” Hugo expressed, “like how to film a documentary, the process of editing it, interviews, going to location, choosing whatever we think is needed pretty much.”

Hugo and Alma’s documentary, Nada Nuevo, explores secondhand selling and vintage clothing. Hugo explained further, “We wanted to dive in a little bit into the scene and see the story of these vendors and what they go through. It’s also motivating people to shop local because these people go through high temperatures, it’s not just a one day type of thing.”

“Thrifting has become kind of trendy and we believe the next evolution in secondhand culture down here is pop-up markets with vintage sellers curating stuff for the Valley and really keeping it local.” Alma conveyed, “It’s really cool to see how people have found stuff from the vendors that we interviewed and styled them in their own way. It’s encompassing not only the vendors, clothes, but how thrift clothes has led the growth of fashion in the Valley, too. It’s a way for people to express themselves in a very unique way.”

“It’s been a journey,” she described, “It was very insightful and I’ve learned a lot from it, from pre-production to in production, but it’s been really fun and I’m really excited for the screening.”

A Thank You to Entre

“C and Andres have been the most patient and encouraging instructors. They’ve been so generous with their time and knowledge. This experience would not have been been as fruitful as it was without them and our fellow Entre filmmakers.” Amy’s words resonate the immense gratitude that all eight of us are walking away with. Entre gave every one of us their support, affirmation, and guidance throughout the eight weeks, which was, and always will be, a tremendous gift.

“All in all, it’s been a really great experience. Everyone’s been really engaged, everyone’s come with different approaches. Everyone’s been very creative, and it’s been really inspiring to see everybody run wild with their own ideas,” Andres expressed, “Since this is our first round in it, we are discovering ways that we can improve for the next intensive that we do. We intend to do one in the summer and one in the spring.” And we cannot wait to see the future workshops and films that our community will undergo in the future.

The Documentary Intensive Workshop was an opportunity that gave us the tools and knowledge to create a brand new documentary from the ground up. We are excited and proud to share our work with our RGV community and beyond. Show your support tomorrow night, Saturday, September 3rd, at Commonspace Concept for the premiere and celebration of these four documentary films and the filmmakers behind them. 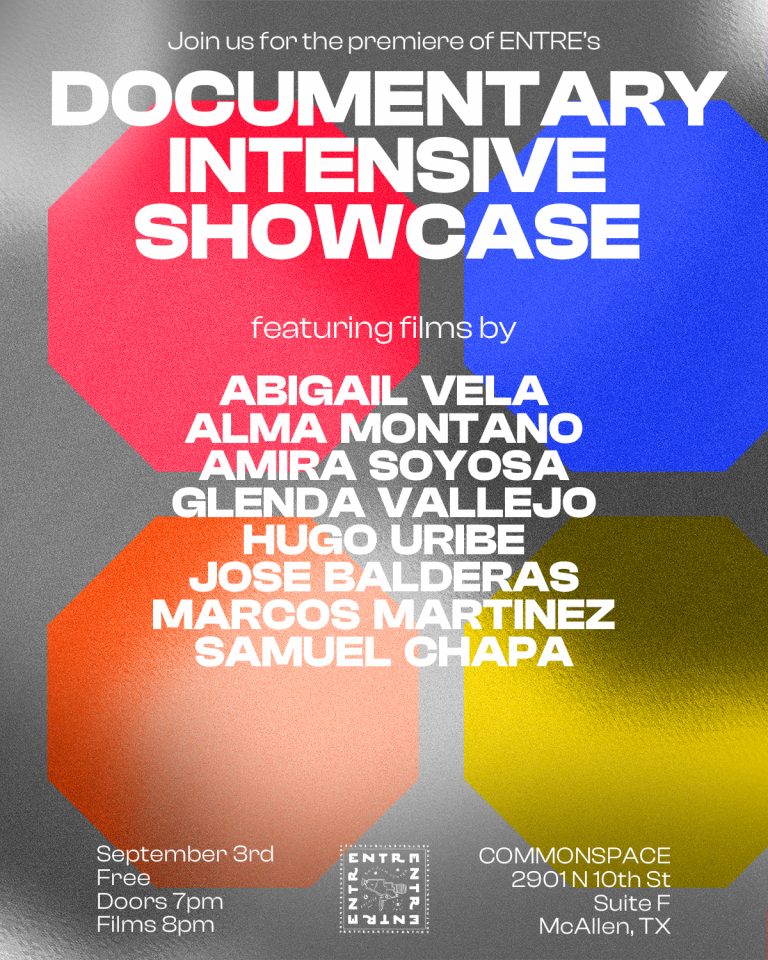 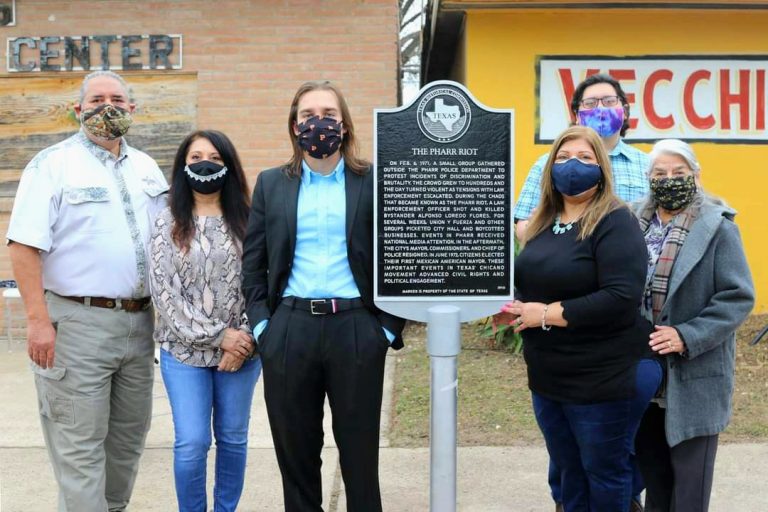 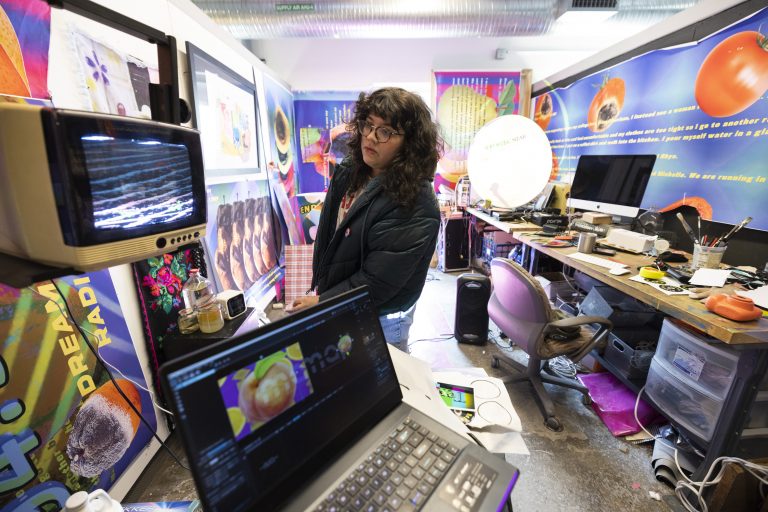 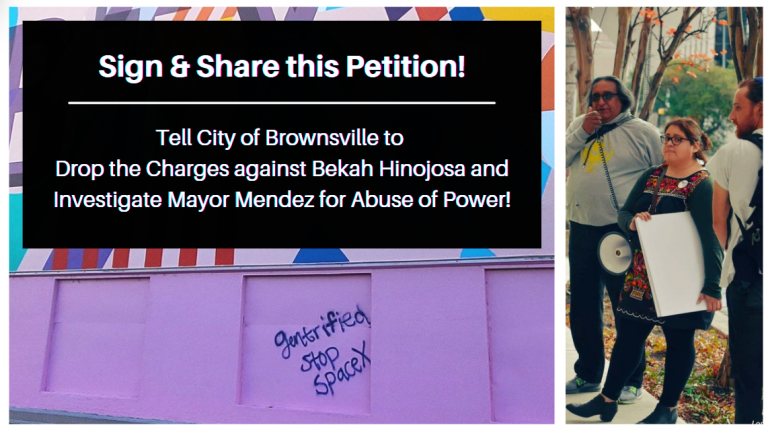